“And we all know that in all things God works for the good of those who love Him, who have been called according to His purpose.”

I have never really understood this verse well until today when I suddenly recalled some of the things that I have experienced in the past because of the article that I was reading.

But what really led me to realize the meaning of the Romans 8:28 verse is the mind-opening and heartwarming experience that I had this week. But I will write a separate blog post about the lessons I have learned from it.

I may still not have a full, absolute, complete understanding of this well-known verse, what I have written below are from what I have realized from it so far—the things and experiences that may not always be pleasant, but worked for my betterment:

Being So Afraid To Be Called “Stupid”

I used to be so overly sensitive whenever I overhear people calling me “tanga” (stupid). Even the mere thought of being called as such used to taunt me so much that I exerted extra effort on everything I do just to avoid having people think or say I’m stupid or any similar word that they can think of.

And I’m just so glad and grateful as I wrote this because, I know for a fact that there’s no way that I will be able to write about this if I’m still not over it. And what made me get over it are the God-orchestrated experiences that strengthened my endurance to the ever-judging world we’re living in.

Don’t get me wrong. I’m still somehow at the beginning of this process of “making my skin a little bit thicker”, so I can’t claim that I no longer have any sensitive bone in my body right now.

But I am thankful that I now realize that when we choose to follow Jesus, to work on developing our characters to be more like Him, and to choose to do things His way, (it may be a little harsh to say this and others might react a bit violently to this) in the eyes of the world, we are more likely to look stupid and therefore, be labelled as such.

And I don’t mind. To be called stupid or naïve when I choose to do things the way Jesus instructs me to, I now consider as a compliment.

I have quite a few memories of me being a brat when I get annoyed for having to wait for too long, or when things did not seem to make any sense.

Being Attacked Personally For My Faith And Spirituality

I may have been used to being called names and being bullied for having Albinism, but I think I’m quite new to being attacked for my faith, my spirituality, my personal life including my family. For this person, what he has been doing might not meant to be a detrimental attack but a way of ‘awakening’ me or changing me for the better.

I still believe that this person just wants to see me happy and free. But showing him what he wants to see is no longer my task to fulfill. I leave that to Jesus.

But what Jesus has made me realize through this experience are:

Being Rejected For Something That I Really Wanted

When I was applying for a job, since I was submitting multiple applications to many companies for different positions, the rejection from companies that chose not to hire me did not hurt so much, but the overall experience of still not getting hired after tons and tons of applications and interviews can be debilitating and discouraging.

But to be rejected for a position or a company that you really, really want is something else. It pierces your heart, especially when you know that you could’ve tried harder if only you were given a chance.

But also because of these rejections that I realized that God is being very specific in the direction where He wants me to go. He did not want me to just do any job and work for just any company where I could have been stuck or trapped because it’s not the right job for me or it’s not a good company to work for. It may sound like I’m just using some defense mechanisms, but even if it took me almost two years before I landed on this job that I currently have, it has never been so clear that God only wants the best for His children and He wants us to be where He knows we could be well-cultivated and nurtured.

Being Removed From Your Comfort Zone

It may have been one of the most trying experiences in my life having to move from Philippines to the US, but since then, I have learned a lot from my experiences and the people I meet, so far.

Having to leave home to go far away even if it’s for a greener pasture can still be a very challenging experience. But we would probably not be able get the chance to spread our wings and sour high and far if we will refuse to leave our comfort zone.

Having Albinism and Visual Impairment

Being an albino comes with being visually impaired and not having enough pigments in the hair, eyes, and skin. And Being an albino in a country where people have brown skin, black hair, and normal/average vision is inevitably and constantly challenging in different aspects.

But it did not hinder me and my eldest brother who is also an albino to establish relationships, finish our studies, work, and be able to live our lives well.

I would say that if it wasn’t for having these conditions that I wouldn’t be referred to Braille Institute of America where I was able to freely take a few classes for visually impaired and eventually be able to gain work experience that enabled me to get a job with Access Services where I have been working now for almost three years.

And I would also like to believe that if it wasn’t for having albinism (and visual impairment), I could have been a totally different person who would have probably been involved with things that could have brought me harm and people who could have been the opposite of the ones that I have in my life right now.

Having to experience sadness makes us enjoy and savor happiness even more.

Having to know how it’s like to be defeated makes us appreciate victory all the more.

Being vulnerable enables us to relate to others and vice versa.

Hitting rock-bottom makes us soar higher in our faith. (I think I haven’t experienced this one at its worst, but many other faithful believers have)

So yes, I strongly believe that God makes all things work for the good of His beloved children, even of those who do not love Him back. Because I used to not love Him as much as I do now, but His faithfulness never wavered. 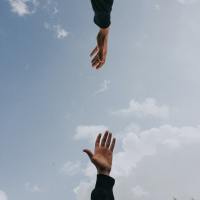 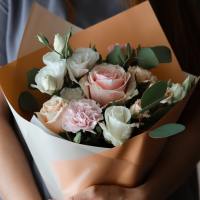 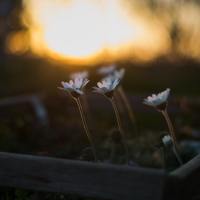 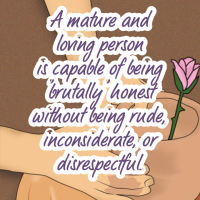